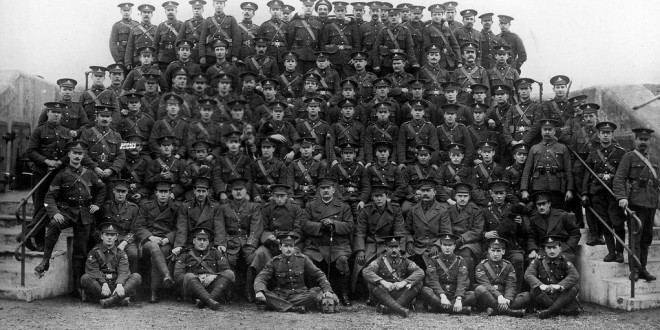 History of the Heugh Battery

Heugh Battery and its sister sites were first conceived in the wake of the Napoleonic Wars to protect the important port and ship building centre of Hartlepool from attack by sea.

In 1859 a more substantial battery was constructed, which required the sealing of ancient caves in the cliffs below the site. The new Heugh Battery covered the gap in the arc of fire between the two other (Lighthouse battery and Fairy Cove all built at the same time) batteries. Over the next few decades the batteries were repeatedly upgraded with heavier, more accurate guns, and better defences.

Following further advances in weapon technology in 1893, Heugh was downgraded to a volunteer practice site. In 1899, however, the site was reactivated and two new 6-inch Mk VII coastal defence guns were installed. In 1911, a camouflage screen, which resembled a broken urban skyline, was erected along the rear of the Heugh Battery wall.

The battery made history in 1914 when together with the Lighthouse Battery it engaged three German battleships in shore-to-ship combat – the only such action by a British battery in the entirety of World War One. The engagement caused military and civilian deaths and became a potent propaganda and recruiting tool throughout the war.

By 1942 the shipbuilding yards at Hartlepool were becoming a regular target for bombing. The battery was modified and enlarged to serve as a combined coastal and air defence station. It saw little further action following the Battle of Britain and briefly became a post-war training facility before becoming obsolete with the Cold War.

The guns were finally removed in 1956. Thereafter the site became overgrown and a focus for anti-social behaviour until in 2000 the Heugh Battery Trust was founded with the aim of highlighting the historical importance of the site.

Substantial parts of the Heugh Battery still remain, among which include two gun emplacements, an underground magazine, the Battery Command Post and the barrack building. The unique history of the site means that these buildings from a crucial part of the history of the Headland, as well as within the history of coastal defence in the UK. (it is most certainly not one of the most intact sites, but no other site can claim to have fired guns in anger)