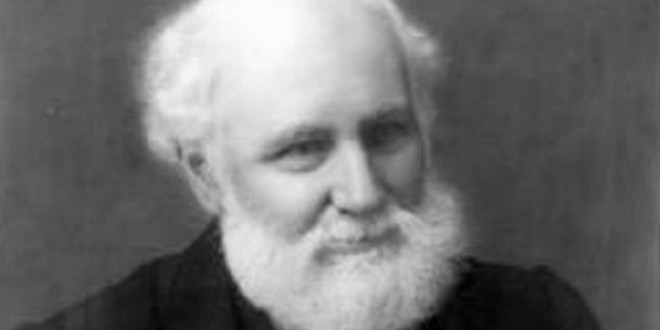 Gray, born the son of a draper, in Blyth, Northumberland, was educated in Newcastle and moved to Hartlepool at the age of twenty. Having established a drapers shop at Victoria Street he, like other tradesmen in the town, began to ‘dabble’ in shipping.

West Hartlepool honoured their most illustrious shipbuilder by creating him the first Mayor and an Alderman of the first Town Council. He was twice Mayor of Hartlepool. Gray was knighted in 1890 and appointed High Sheriff of the County Durham two years later. .

Dressed in mayoral robes and wearing his chain of office he is represented seated in the Chief Magistrate’s chair, with one leg resting on a footstool. He faces towards West Hartlepool’s Municipal Buildings, the plans of which he bears in his right hand.

It has been said that although Ralph Ward Jackson founded the town of West Hartlepool, it was William Gray who made it.

William Gray started life as a shop keeper – owning a chain of drapers (fabric and clothing outlets) before becoming one of Hartlepool’s most famous and successful business men.

His shops were renowned for being very ‘trendy’ and selling the latest most fashionable clothes. William used to make regular journeys to London to pick supplies and stock and this ensured that people would flock from nearby towns to buy clothing from his stores. William owned two stores – one in Hartlepool (now known as old Hartlepool), the other in West Hartlepool.

During his shop keeping time William was elected Mayor of Hartlepool, mainly due to his services to the community (his family regularly donated money to local churches and later provided land for the public library). Shortly after this election he sold his chain of shops to a number of men who used to work in them, staying with them for a number of months to help them in their new position.

In his time as Mayor and whilst on the shipbuilding committee William’s interest in ship building grew – his interest probably also grew from his father who owned several small wooden ships. He met many contacts in ship building and he formed a partnership with one of them a Mr John Punshon Denton. They both knew that the ship building industry was moving forward and steel was becoming the material of choice for ship builders.

In their first year as business partners and under the name of ‘Denton, Gray & Co’ the two launched their first iron built ship the Dalhousie (later renamed the Sepia). Their business flourished over the coming years and the ships build quality and excellent designs gained the company world wide recognition until the unfortunate death of his business partner Mr J.P. Denton some 9 years later. After his partners death William renamed the company to William Gray & Co at the same time taking on his oldest son as partner.

Under his management the newly-named William Gray & Co. became West Hartlepool’s largest producer of clipper barques, sailing ships and steamers. Orders flooded in from home and abroad and the company’s vessels worked the oceans of the world. A new shipyard and engineering works were opened, and the firm, employer to some 2,000 men in the 1880s, won the Blue Riband for the maximum output of any British yard in 1878, 82, 88, 95, 98, and 1900. In 1891 Gray became the President of the Chamber of Shipping for the United Kingdom.