What's On
Home / History of Ship Building in Hartlepool

History of Ship Building in Hartlepool 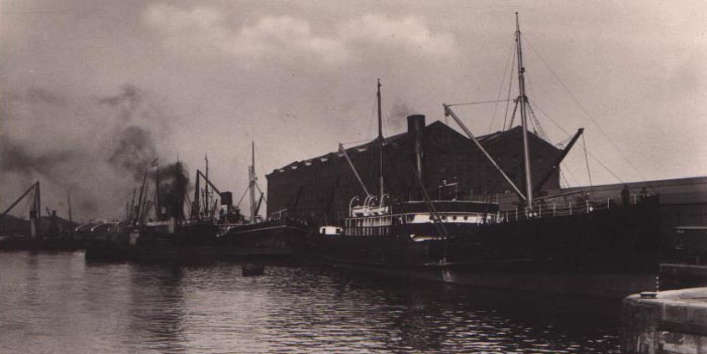 The history of Hartlepool and West Hartlepool is bound up with the sea. Local people have made their living, and sometimes their fortunes.

Modern shipbuilding began in Hartlepool in 1836, with the building of the Castle Eden by the Hartlepools General Shipping Company. It ended in 1961 with the Blanchland, the last ship built by William Gray and Company Limited. The years in between saw the change from wooden sailing ships to iron steamships to steel tankers, and the growth of an industry that would shape the town for over 120 years.

Thomas Richardson of Castle Eden and John Parkin of Sunderland established a shipyard at Old Hartlepool in 1835 and built The Castle Eden ship. The shipbuilding company of William Gray was established here in 1862 and Gray became one of the most influential men in the town. He was the first mayor of West Hartlepool in 1887.William Gray shipbuilders won the Blue Ribband prize for maximum output in 1878, 1882, 1888, 1895, 1898 and 1900. The yard closed in 1961.

Such were the docks’ importance, that during the First World War it was the first site on British soil to be attacked by German warships. It was also bombed during the Second World War.

There has been a fishing haven at Hartlepool since medieval times, but it was not until 1813 that the ‘Port of Hartlepool Commissioners was formed, and the first pier built. However, it was said that attempts to improve the natural harbour were ‘thwarted by fishermen’. Then, in 1832, the Hartlepool Dock & Railway Co was formed (later to become part of the North Eastern Railway) and in 1835, a railway from Haswell and Thornley in County Durham carried the first coals for shipment from Hartlepool.

The development of the harbour thereafter was remarkably rapid. The enclosed Victoria Dock was opened in 1842, the Hartlepool West Harbour & Dock Co was formed in 1844, with the aim of developing facilities at what became known as West Hartlepool so as to draw coal shipments away from the River Tees, opening the Jackson Dock in 1852 and the Swainson Dock in 1856.

By 1862 the harbour comprised some 44 acres, of which 32 acres were in the three deep water docks, and the port of Hartlepool had become one of the most successful coal exporters in the North East. Coal and coke exports peaked in the late 1920s, only to decline remorselessly thereafter, the last coal cargo leaving the port in 1971.

SS DESSOUK BUILT IN HARTLEPOOL USED TO TRANSPORT ANCIENT OBELISK FROM ALEXANDRIA TO USA On 1st September 1864, at Denton, Gray & Co. Hartlepool the SS Dessouk was launched (her name at launch was Dolmebaktchi but she was renamed by her owners after delivery).  She was an iron steamship built …

END_OF_DOCUMENT_TOKEN_TO_BE_REPLACED 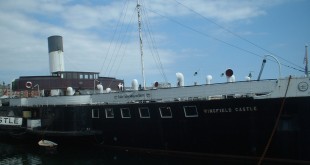 Builder: 1934, W Gray & Co Ltd, Hartlepool. The Wingfield Castle was one of three sisters, the Tattershall Castle, the Wingfield Castle and the later Lincoln Castle, working the River Humber, prior to the building of the Humber Road Bridge. Built at the Hartlepool yards of William Gray & Company, …

END_OF_DOCUMENT_TOKEN_TO_BE_REPLACED

Zuiderdijk (Id. No. 2724) – a freighter built in 1912 by William Gray & Co. Ltd. at Hartlepool, England – was operated by the Holland-America Line until 1918 at which time the pressing need of the United States for ships to transport men and material to the front in Europe forced …

END_OF_DOCUMENT_TOKEN_TO_BE_REPLACED 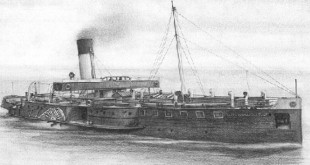 Builder 1934, William Gray & Co Ltd, Hartlepool., Hartlepool History In 1934 William Gray & Company of West Hartlepool, built the Tattershall Castle for the London and North Eastern Railway Company (LNER), that was later amalgamated into British Rail. Built specifically for use as a passenger ferry on the River …

END_OF_DOCUMENT_TOKEN_TO_BE_REPLACED 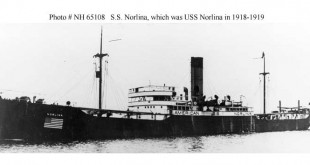 Norlina (No. 1597), a freighter built as Harfleur in 1909 by William Gray & Co., Ltd, West Hartlepool, England, was renamed Georgiana in 1915; acquired at Baltimore by the Navy under bare boat charter from Garland S. S. Corp. of New York City 15 April 1918; renamed Norlina and commissioned …