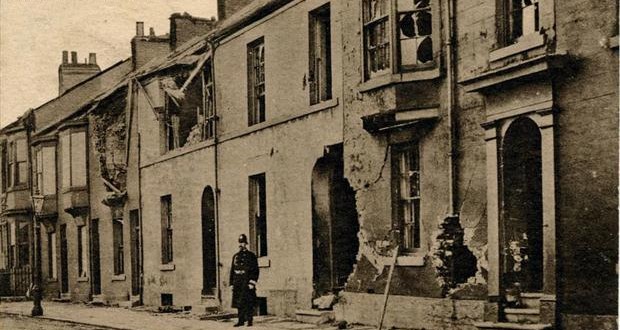 New museum gallery recalls the Bombardment of the Hartlepools

A MAJOR new display of exhibits from the Bombardment of the Hartlepools in the First World War will be officially opened later this week – on the 101st anniversary of the attack.

The town made national and international headlines when, just after eight o’clock on the morning of 16th December 1914, German warships off the coast fired more than a thousand shells on the Hartlepools, killing a total of 130 civilians and military personnel and wounding more than 500 others.

The Heugh Gun Battery on the Headland returned fire in what was the only battle to be fought on British soil during World War One, and one of the Battery’s soldiers, Theo Jones of the Durham Light Infantry, became the first British soldier to be killed by enemy action on home ground in the war.

Now that momentous day is recalled in a new permanent dedicated gallery at the Museum of Hartlepool at Hartlepool’s Maritime Experience which will be officially opened on Wednesday 16th December at 1pm by Councillor Kevin Cranney, Chair of Hartlepool Council’s Regeneration Services Policy Committee.

Highlights of the gallery include:

* A new audio-visual presentation narrated by North-East broadcaster and historian John Grundy, showing the Bombardment in its proper context of the First World War and including new photographs and recently-discovered archive footage of that day’s events and the aftermath.

* The 130 ceramic poppies which formed part of the artwork ‘Blood Swept Lands and Seas of Red’ at the Tower of London last year and which were used in the subsequent dedication ceremony for the new Headland memorial to the casualties of the Bombardment.

* A roll of honour of the names of all the 130 Hartlepool people known to have died in the Bombardment.

* The return to display of iconic objects including the famous ‘Bombardment Clock’ – which stopped when it was pierced by a shell fragment – and James Clark’s oil painting ‘The Bombardment of the Hartlepools’.

* New exhibits such as a six-inch shell from the German battlecruiser Blucher and the official Government order to the Hartlepools to cease hostilities on 11th November 1918.

The exhibition has been produced by Hartlepool Council’s Museums Service. The Imperial War Museum helped the project by allowing the use of its archive footage.

Mark Simmons, the Council’s Museums Manager, said: “This is the best interpretation of the Bombardment and Hartlepool’s role in the wider war which the museum has ever had.

“Previously our First World War exhibits were just among the other displays – now they have their own dedicated gallery which tells the full story of the Bombardment in a fresh, powerful and memorable way.”

Councillor Kevin Cranney, Chair of the Council’s Regeneration Services Policy Committee, said: “The Bombardment of the Hartlepools was an event of massive significance, not only locally but nationally.

“I am delighted that the tragedy and heroism of that day is now commemorated in this fine and poignant new permanent exhibition.”

The Museum of Hartlepool is open every day from 11am to 4pm and entry is free.

Tags Museum of Hartlepool What's on 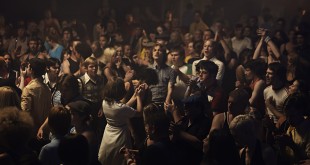 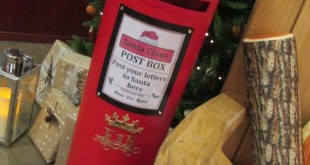 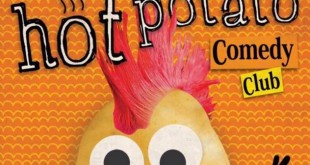 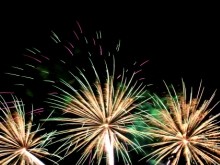