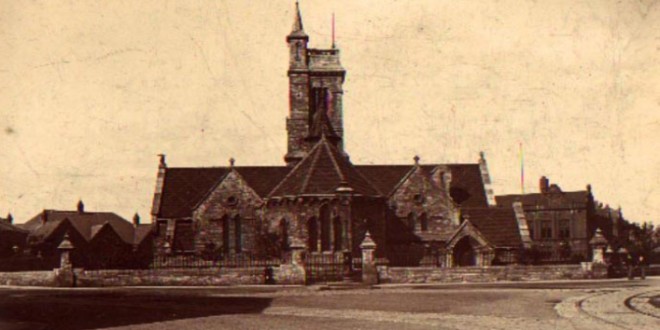 With a population of 98,000 and situated on the North East coast of England Hartlepool was originally two towns, the ancient town of Hartlepool, known locally as the Headland, and the more recent West Hartlepool. They amalgamated in 1967 to form what is now the single entity known as Hartlepool.

The original town, the Headland or Old Hartlepool, was the site of an Anglo-Saxon monastery which was founded by St Bega in 640AD. It was destroyed by the raiding Danes in 800AD and time has unfortunately removed all visible traces of it. The crowning glory of the Headland today is undoubtedly the historic St Hilda’s Church. Dating from the 1185, this beautiful building was erected as a burial place for the powerful De Brus family, who owned much of the surrounding land. An interesting feature of the church are the flying buttresses on the south side only – an afterthought which had to be added when it became apparent that the tower would not remain straight without them!

The site of a natural harbour and a small fishing town for hundreds of years, Hartlepool was granted a Royal Charter by King John in 1201, which allowed the local people the freedom to set up a corporation for their own self government. It became the chief sea port for the powerful Bishops of Durham and was also important to the Crown, which frequently requisitioned ships and sailors from here to assist in the prosecution of wars, mainly against Scotland. Defensive walls were built around the town in the 13th century to protect it from the marauding Scots, and some of these can still be seen. At the Sandwell Gate, built in the 14th century, the wall is over eight feet thick.

During the Middle Ages Hartlepool was one of the busiest ports on the east coast, but by the 18th century decline had set in and the harbour was in disrepair. During the early 19th century it was known primarily as a health resort to which the ‘well off’ classes came to take the air.

All this changed in the 1830s when a railway was built to connect Hartlepool to the collieries of the South Durham Coalfield, and work began on modern docks to handle the increased traffic which was anticipated. This led to the port once again thriving, with the exporting of coal and importing of timber. To the South West of the Old Town an Act of Parliament in 1844 allowed the building of rival docks and the ‘West Hartlepool Dock Company’ was formed. Although not fully completed at the time, they opened for traffic on 1st June 1847, and around them the new town of West Hartlepool grew at phenomenal speed and quickly overshadowed the old town. Indeed, the population of the Headland in 1881 was 12,361, whereas that of the new town was 28.000. It is said that in its’ early days the new town of West Hartlepool had ‘an American air of new settlement about it’. Taken together, the two towns were extremely important and by 1900 their port was one of the four busiest in the country.

The vast docks complex was also home to the shipbuilding industry, served by marine engine works and a steelworks in the town. Such was its importance that during the First World War the Germans deemed it a suitable target for their first attack on British soil, three warships firing on the town at dawn on December 16th 1914, killing 119 people. It was again singled out by the Germans as an important target in the Second World War, being bombed long before London.

As the British economy moved away from heavy manufacturing industry, Hartlepool once again declined and unemployment rose. In the 1970s and 1980s it became a depressing place with decaying buildings and old redundant works. The future looked bleak. But Hartlepool people are made from stern stuff, and once again the town has seen a revival, centred around the building of a vast new marina complex built on the site of the old docks. New jobs have been found in service industries, light manufacturing and tourism. New shops have been built, and the port now has a thriving trade which includes importing new cars from their manufacturing bases abroad. Once again Hartlepool is a pleasant place to live, its future looks bright, and it enters the 21st century with optimism.