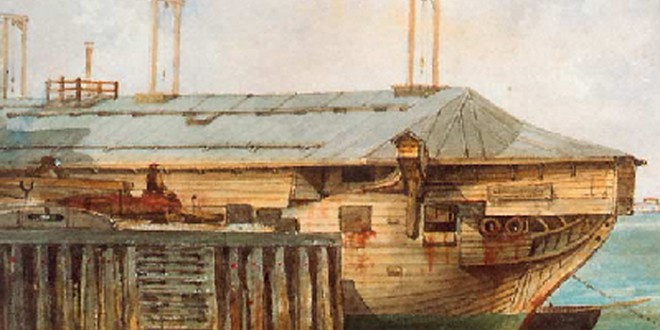 History of the HMS Trincomalee (Page 2)

Due to the end of the Napoleonic Wars (1819), Great Britain’s naval strength was reduced. After fitting out, which cost a further £2400, Trincomalee was placed ‘in ordinary’ – that is she was roofed over, had her masts removed, and was placed in Portsmouth harbour under general maintenance until such time as she may be recalled into active service. After ten years her hull was recoppered below the waterline (this was done to prevent wood-eating marine creatures from damaging the ship).

Under the command of Captain Richard Laird Warren and with a complement of 240 officers and men, HMS Trincomalee departs Portsmouth on the 21st September 1847 to the North America and the West Indies stations. She patrolled locations where the Royal Navy’s new steam vessels could not operate for lack of range and coaling stations.

On November 6th 1847 Trincomalee arrives in Bermuda and takes station in the Caribbean. Her duties include hurricane relief to colonists, searching vessels for illegal slave-trade activities, courtesy visits to British colonies, and the carriage of messages, cargo and even money to British garrisons and ships in the area. She was also involved in the subduing of riots in Haiti and the prevention of an invasion of Cuba.

Three years later Trincomalee is ordered North to patrol the St. Lawrence Estuary, Newfoundland and Labrador, where the currents sometimes carried the threat of icebergs drifting down from the Arctic. With little activity in this area, Trincomalee is recalled to Britain in June 1850, carrying with her the squadron’s ill and injured personnel. Docking at Devonport, she is once again placed ‘in ordinary’.

After repairs and a refit Trincomalee was redeployed to the RN’s Pacific Squadron based on Vancouver in August 1852. Under the command of Captain Wallace Houstoun, she patrolled the west coast of North America and the Pacific Ocean. A disciplinarian well over six feet tall, Houstoun was much respected by his crew, and dressed his men in stylish red shirts and caps. At this time no formal uniforms were available for ratings, so more affluent captains often clothed their crew from their own pocket.

To celebrate the crowning of Tsar Nicholas I, Trincomalee visited Alaska, at that time a part of Russia. Not long afterwards relations between the giant Imperial state and Britain broke down, and war was declared on 28th March 1854. While the most memorable actions were fought in the Crimea (such as Balaklava and the Charge of the Light Brigade), Trincomalee joined an Anglo-French Squadron of 11 ships assigned to destroy Russian frigates in the North Pacific. As well as ships from the navy of France, which had declared war on Russia too, amongst the squadron was Trincomalee’s sister ship HMS Amphitrite. Other operations included protecting trade routes off the Californian coast, supporting land operations at Kamchatka, prisoner exchanges, and involvement in the rescue of the Siberian Governor’s wife. Despite extensive searching, the combined Squadron never found Russian ships to bring to action. 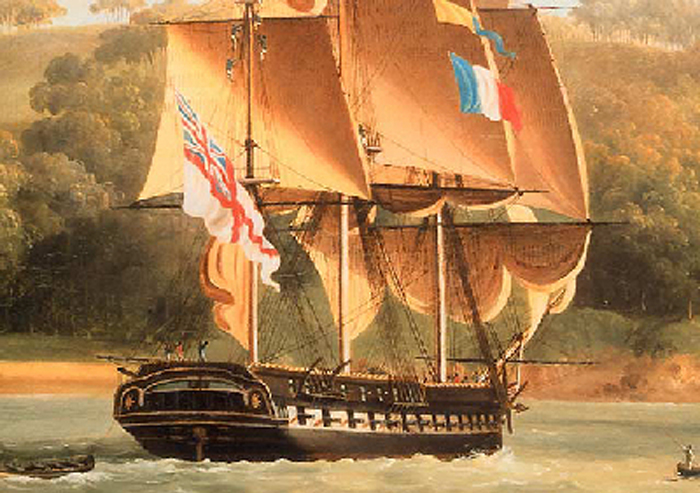 After the end of the war and sometime during 1856 Trincomalee was moved to Esquimalt (Vancouver Island) and returned to standard duties, making courtesy visits to Pacific colonies, and undertaking hydrographic surveys. In fact, to this day the approaches to Vancouver feature a Trincomali Channel and Houstoun Passage. She was also anchored off the Sandwich Islands for a time, to deter American interest in Pitcairn, Tahiti and Hawaii. She was also used in response to attacks from a rogue band of native Americans Indians led by one Tathlasut. Towed through the tricky narrows by a steamboat, Trincomalee took station alongside Tathlasut’s coastal village. Intimidated by her broadside guns and the 450 men on board, extra troops being embarked for the occasion, the tribe quickly handed over Tathlasut for trial and, inevitably, execution.

On the 5th September 1857 Trincomalee docks at Chatham. One week later she is attached to a rigging hulk and demasted – it would be nearly 150 years before they would be properly replaced!