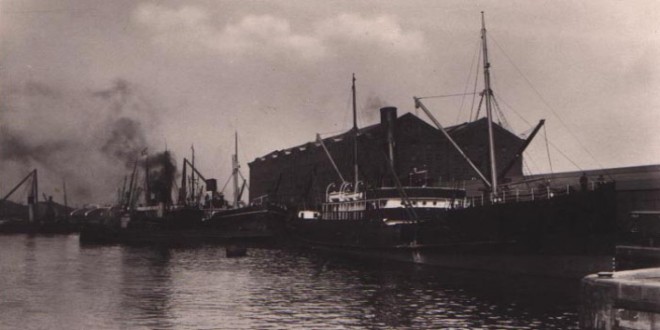 At the beginning of the nineteenth century it was hard to believe that Old Hartlepool, with its small population of only 993 consisting almost entirely of fishermen had been one of the busiest ports on the eastern coast. It was realised that trade had to be brought into the town in order to save it from oblivion and in 1823 it was suggested that railways be built to connect with local collieries, so that Hartlepool could be developed as a coal port.

One of the main parties involved in the development of railways and docks at Old Hartlepool was Christopher Tennant of Yarm who established the Hartlepool Dock and Railway Company. Mr Tennant had opened the Clarence Railway at Billingham in 1833 and gained permission for a new railway linking Hartlepool to the Durham coalfield, but he died before completion of this new ‘Stockton and Hartlepool Railway’ in 1839 Tennant’s railway was taken over by a Stockton on Tees solicitor called Ralph Ward Jackson, but Jackson was increasingly frustrated by restrictions on business at Old Hartlepool’s Victoria Dock and established the West Hartlepool Dock Company to the south west of the old town. This signified the birth of West Hartlepool, a town which came to overshadow Old Hartlepool by its shear size.

The West Hartlepool Harbour and Dock opened on 1st June 1847. (The first vessel to enter the dock was Prince, commanded by Captain Black, from Jersey.) It covered an area of 8 acres and Ward Jackson encouraged businessmen to set up in West Hartlepool among them shipbuilders, timber yards and sawmills.

The Coal Dock soon became too small for the amount of vessels that used it, soon a further two docks began being built. Jackson Dock opened 1st June 1852. The dock covered an area of fourteen acres – and on the same day a railway opened connecting West Hartlepool with Leeds, Manchester and Liverpool. One of the first uses of the line was to carry fresh fish to the larger inland towns and cities. It all brought many visitors to the towns new dock in an effort to spread word and encourage business to set up here.

The next dock to open was Swainson Dock, this opened on the 3rd June 1856. The dock was named after Ralph Ward Jackson’s father-in-law.

The opening of Swainson Dock started with a ceremony at eight o’ clock in the morning with a procession of ships entering the new dock. Food and champagne were served to over 1000 guests. (many of whom had not tasted champagne before and so got slightly tipsy!)

By 1900 the two Hartlepool’s were one of the four busiest ports in the country and West Hartlepool alone had a population of 63,000.

For many years West Hartlepool and Old Hartlepool were separate towns but merged together as one town, under the Hartlepool Order of 1966. Today the modern town centre of Hartlepool is in the former West Hartlepool where we find many interesting features including the unusual Victorian church called Christchurch, now occupied by an art gallery.