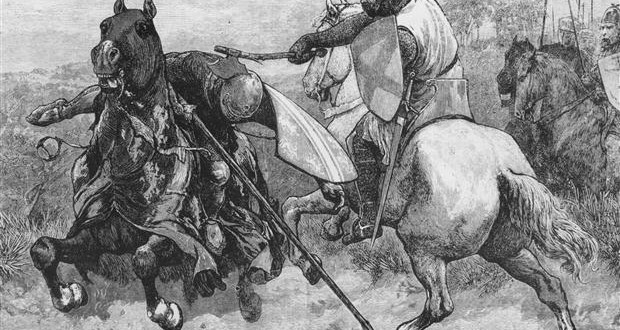 In the thirteenth century the coastal port and fishing town of Hartlepool became a fortified place with defensive walls constructed around the Headland. The defences were instigated by Robert Bruce the first, who was grandfather of the famous King of Scotland of that name. The Bruces acquired Hartlepool after the Norman Conquest although their period of ownership was characterised by disputes with the Bishops of Durham over who exactly owned the place. Some parts of Hartlepool’s town wall date from the 14th century including the historic Sandwell Gate which can still be seen. Here the wall is eight feet three inches thick. Hartlepool needed to be well defended as it was the chief sea port of the powerful Prince Bishops of Durham and was a regular target for Scottish and sea-borne attacks.

With thanks to David A Simpson