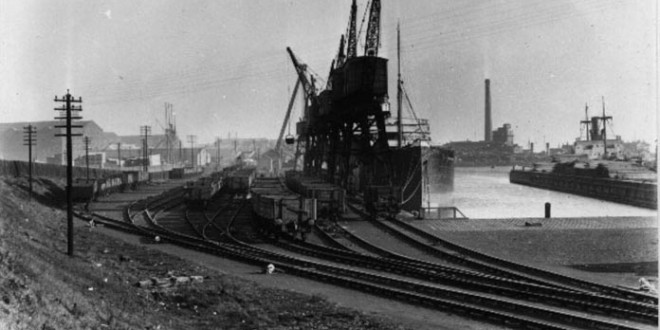 13 years on William Gray became the first Mayor of West Hartlepool – the only person ever to have been Mayor of both towns. Two years later In 1890 Queen Victoria knighted him for his services he gave and the generous donations he offered to both Hartlepool and West Hartlepool and also the village Greatham where he was now living.

William Gray continued his ship building empire and continued to give generously to local people until his death on the 12th September 1898. One the day of his funeral thousands lined the streets as a parade of 1000’s of workers from his ship yard marched along with his coffin to his grave to give their respect – almost all of the towns shops, banks and other businesses closed for the day.

His youngest son took over William Gray & Co and the ship yard went on to provide 100’s of jobs for local people for over 100 years. Funded by public subscription the statue was erected during the lifetime of Sir William Gray. Although he requested that there be no public ceremony, a large crowd gathered in Church Square for the unveiling at 12 noon on 26th March 1898. Alderman Clarkson, the Chairman of the subscription committee, was due to uncover the drapery but was denied the honour. As the clock struck 12 and ‘Alderman Clarkson was about to step from the door of the Municipal building to perform the duty the wind which was blowing a terrific gale, got under the covering, and most unceremoniously…completely unveiled the statue.’ Sir William died on 13th September later that year.